Since beginning Atlantic-Pacific I have received quite a few questions concerning the following: how/why I started Atlantic-Pacific, my advice on blogging, what is merchandising, and how I got my start in the corporate fashion world. Instead of continuing to provide small sound bites here and there on these questions, I have decided that this week I will be answering each in depth. Today, I am kicking it off with how and why I started Atlantic-Pacific, as well as all the changes in blogging I have witnessed over the past eight years.

The story of Atlantic-Pacific began way back in April of 2010. I was working at Gap corporate (more on that later this week) in San Francisco, and began to notice how street style photographers and fashion bloggers were influencing our design teams, the editorial direction for the season, and overall, sparking conversation about where fashion/style was headed. I was absolutely fascinated with how these fashionable people on the street – and those sitting behind their computers – were helping to shape the decisions that multi billion dollar creative organizations were making. I also recognized a clear shift in the industry – brands were beginning to feel disconnected from their consumers and were hoping to operate on a more personal level. The idea that consumers were starting to look more and more to bloggers and ‘real people’ for advice, styling, and product recommendations, only furthered my curiosity. I wanted to be a part of that, and just weeks later, I started Atlantic-Pacific. I began by simply documenting my outfits each day before or after work (yes, I actually wore these outfits to work) with basic outfit shots taken on a point and shoot camera. The locations were anywhere that was most convenient – on my roof, right outside my apartment building, or in and around the parking garage at work (LOTS of parking garage photos).

Of note: I named the blog Atlantic-Pacific as a nod to my east coast meets west coast style (I grew up on the east coast, but was currently living in San Francisco). To my DISMAY AtlanticPacific was taken on blogspot. I then decided I would name it ‘Pacific Passion’ (I actually cannot believe that was my second and not 1,543rd choice) and one of my best friends flat out refused to let me (I love you Veronique). She then went online and mentioned that Atlantic-Pacific was available, and that please for the love, just add the dash.

At this time, Twitter was still relatively new, Instagram was not yet in existence, and fashion blogging certainly wasn’t considered a business. I loved taking photos of all my looks, and with the intention of building my own fashion portfolio, I thought could eventually use them to further my career in merchandising (at the time I was working on Men’s product). From day one, I had a clear vision that fashion would be my singular focus and that I didn’t want to display too much of my personal life or try to become everything to everyone. As my audience grew through platforms like Lookbook.nu and Chictopia (younger people reading this probably have no idea what those sites even are), I was able to start connecting and forming a network within the blogging world that was positive, supportive, and above all curious. I blogged for a full year before the landscape truly began to change. The business of blogging had been born. 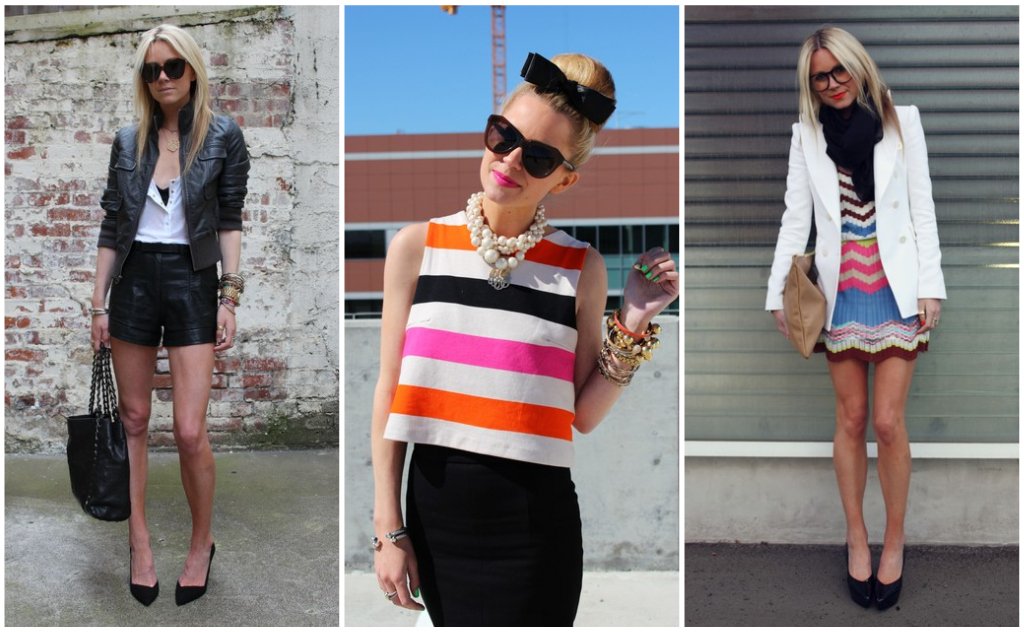 2011 was a huge turning point for me personally, but also in the world of blogging. Social media was on the rise, more blogs were popping up each day, and brands were just beginning to engage with bloggers on gifting, events, and paid partnerships. One of the first ways I monetized my business was through affiliate linking, utilizing tracking links to earn commission when readers clicked and bought something I was wearing. I wasn’t sure people were actually shopping my looks, but I was proven wrong when I started linking in 2011 and immediately earning commission. This would be the beginning of many emails and calls to begin formally partnering with brands and the wild, wild west of blogging as a business began. Around this time I also began to take my blog and the appearance more seriously, recoding the site for a cleaner look, investing in a DSLR camera (with my bonus from Gap that year), and beginning to watch youtube videos on photography and editing. Social media also became increasingly more important. While I never wavered from continuing to produce content for my own site, I began to tackle the ins and outs of Twitter, Instagram (which had just launched), and Pinterest, while also taking on a new and more demanding role at work. 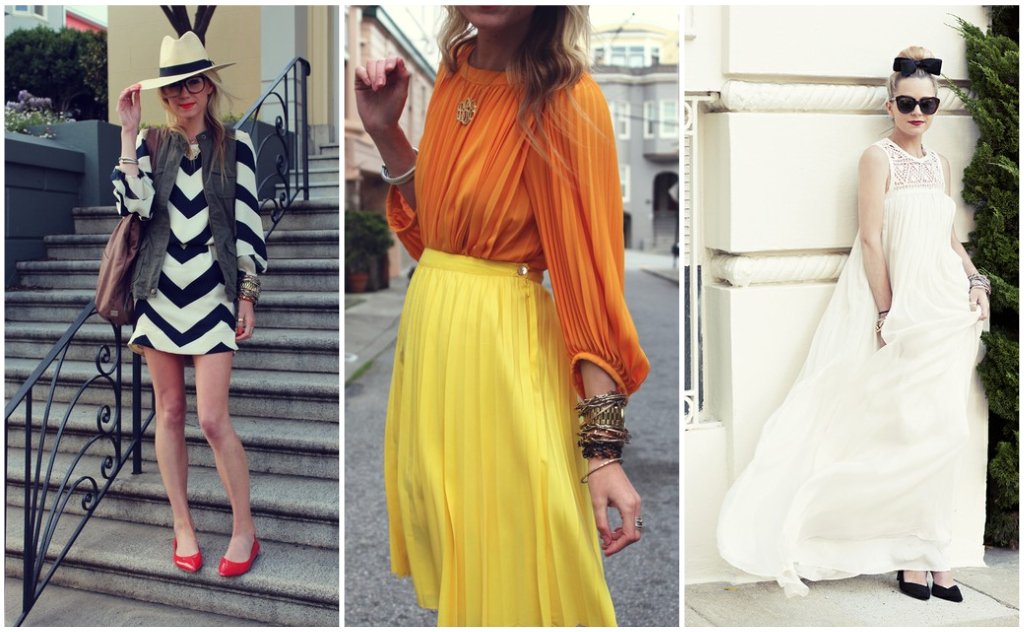 Come the beginning of 2012, Andrew (my now fiancé) and I made the decision to move back east, and just like that in Spring of 2012, we were packed up and to headed to NYC. Luckily, I was in the place of being able to decide between blogging full-time or continuing to pursue a merchandising career. Ultimately, my heart was still in merchandising, and I began working at Tory Burch. Both 2012 and 2013 proved to be the most difficult years of my blogging journey. My career at Tory Burch was my first focus, but as the industry changed and expanded, blogging opportunities and demands began to grow and grow! Amidst all of this, I was also trying to network and make friends in a new city. While tough to juggle at times, 2012 also brought some incredible moments, including my first true product collaboration – I created a line with BaubleBar! 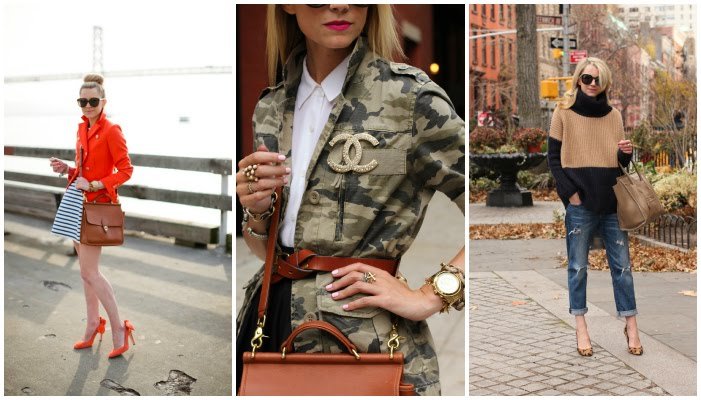 2013 brought even more change as I moved to the Accessories team at Tory and was promoted to a Director position. I. Also. Finally. Got. A. Passport. Within weeks I began traveling internationally, ending up in Hong Kong, Paris and London. I had been bitten by the travel bug and couldn’t wait to see more of the world. 2013 brought consistent blogging partnerships and opportunities (I got to style my first look book campaign – for TARGET!). In addition to continuing to push my self creatively, and with help from those closest to me, I began focusing on how to run the blog as more of a streamlined business. I value both the art and science of business, and I equally enjoy the aesthetic and creative side of the site as I do the business and financial end. While many influencers were looking to agencies and managers for support and management services, I made the conscious decision to remain independent. I had already established a vast and supportive network in the fashion and retail community, and knowing that I didn’t want to stray far from that point of view on the blog, I believed that I could connect directly with brand partners.

Of note: While I am not represented by an agency or manager, or have a large full-time team, that does not mean this is a one woman show. AT. ALL. This blog would not be where it is without the help of business partners, travel partners, countless incredible photographers, graphic designers (AKA my brother), insanely cool brand partners (some who have become like family), and all those I love who provide moral support and can pick me up when I am at my lowest. And of course, Andrew who has been with me from the beginning of Atlantic-Pacific, and is such an important partner in this company.

Also of note: I absolutely need to mention that in 2013 I purchased my first true full midi skirt – and the obsession continues to this day (photographic evidence below). 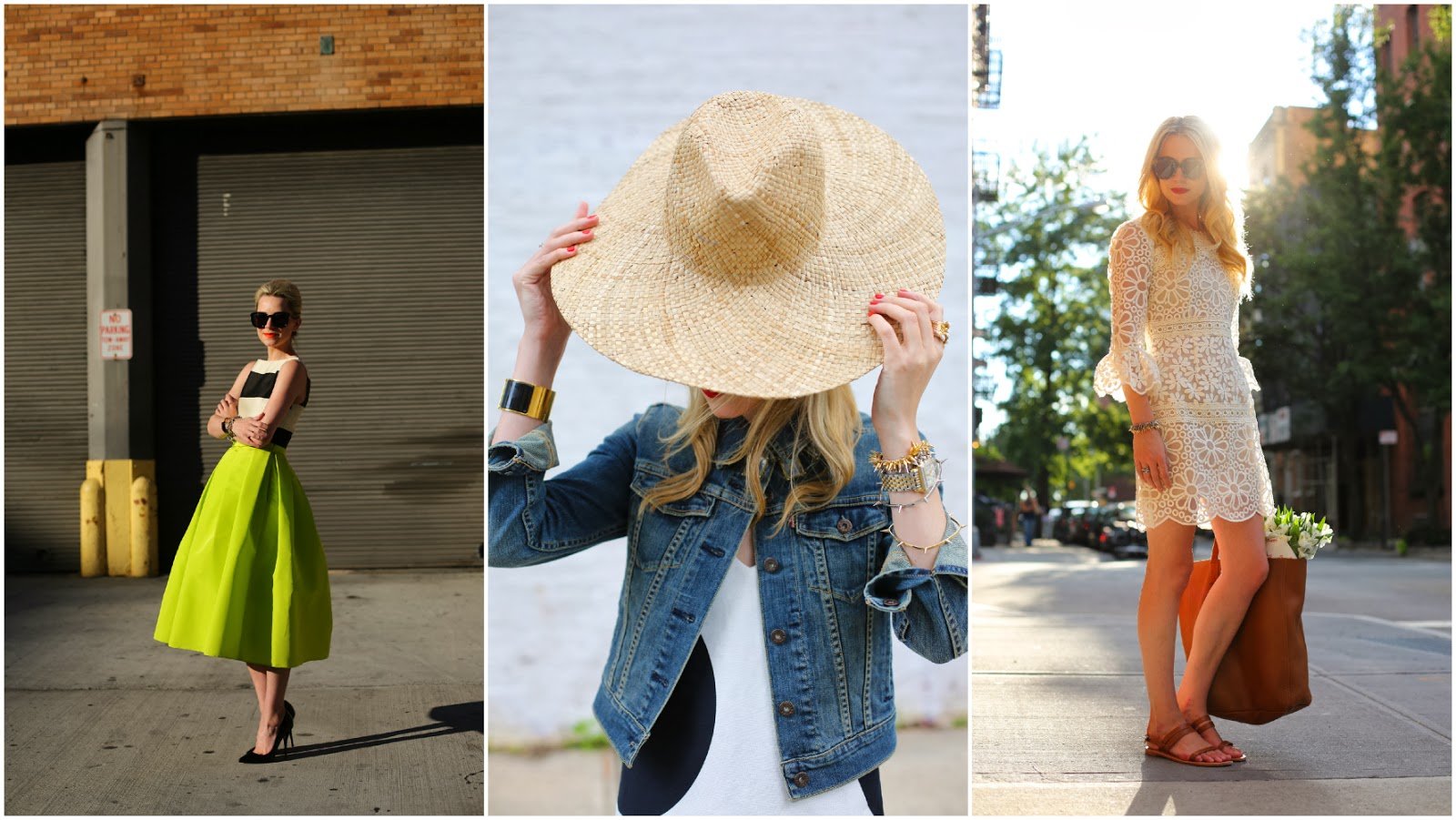 2014 and 2015 brought more and more travel, from Shanghai to Milan to Tokyo to Seoul to Puerto Rico to Hong Kong and more. So many fun and rewarding partnership with brands I admire like Kate Spade, Saks, Gucci, Nordstrom, Topshop, Omega, David Yurman, and more. I was feeling more settled at work as well as in NYC, and really enjoyed taking on more and more projects with Atlantic-Pacific. 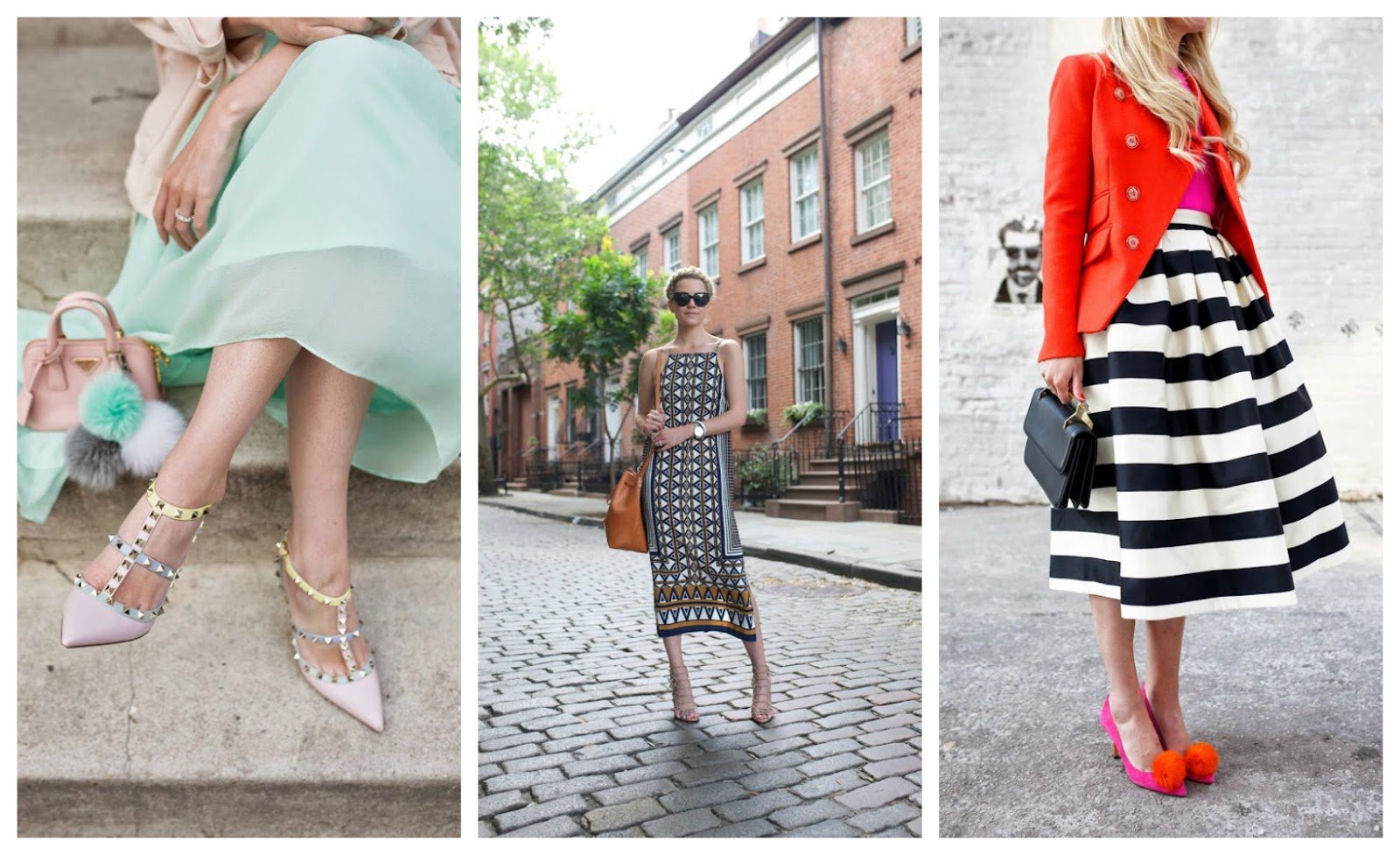 Social media growth, travel, and expanding content were the hot topics for most people in the space in 2016. With fashion still remaining my number one focus, I did re-think new and exciting content I could bring to the table with valued partners. I made the decision to take on more lifestyle partners who were specifically looking to produce content and campaigns through a fashion lens. I created a few incredible destination videos (with a lot of help) with Fairmont, traveled as an ambassador for Veuve Clicquot, and took an epic road trip with Range Rover. I also explored more product opportunities and created a limited edition nail polish line with Sephora – a total dream come true! On the technology front I relaunched Atlantic-Pacific (finally – BYE blogspot #iamsobehindsometimes) and created new sections of the site in order to strategically share more differentiated content. At the end of 2016, I also took a step back from Tory Burch and transitioned into a consulting role. I had gotten to a critical point juggling both of my careers, and knew that I could only give one my undivided attention. 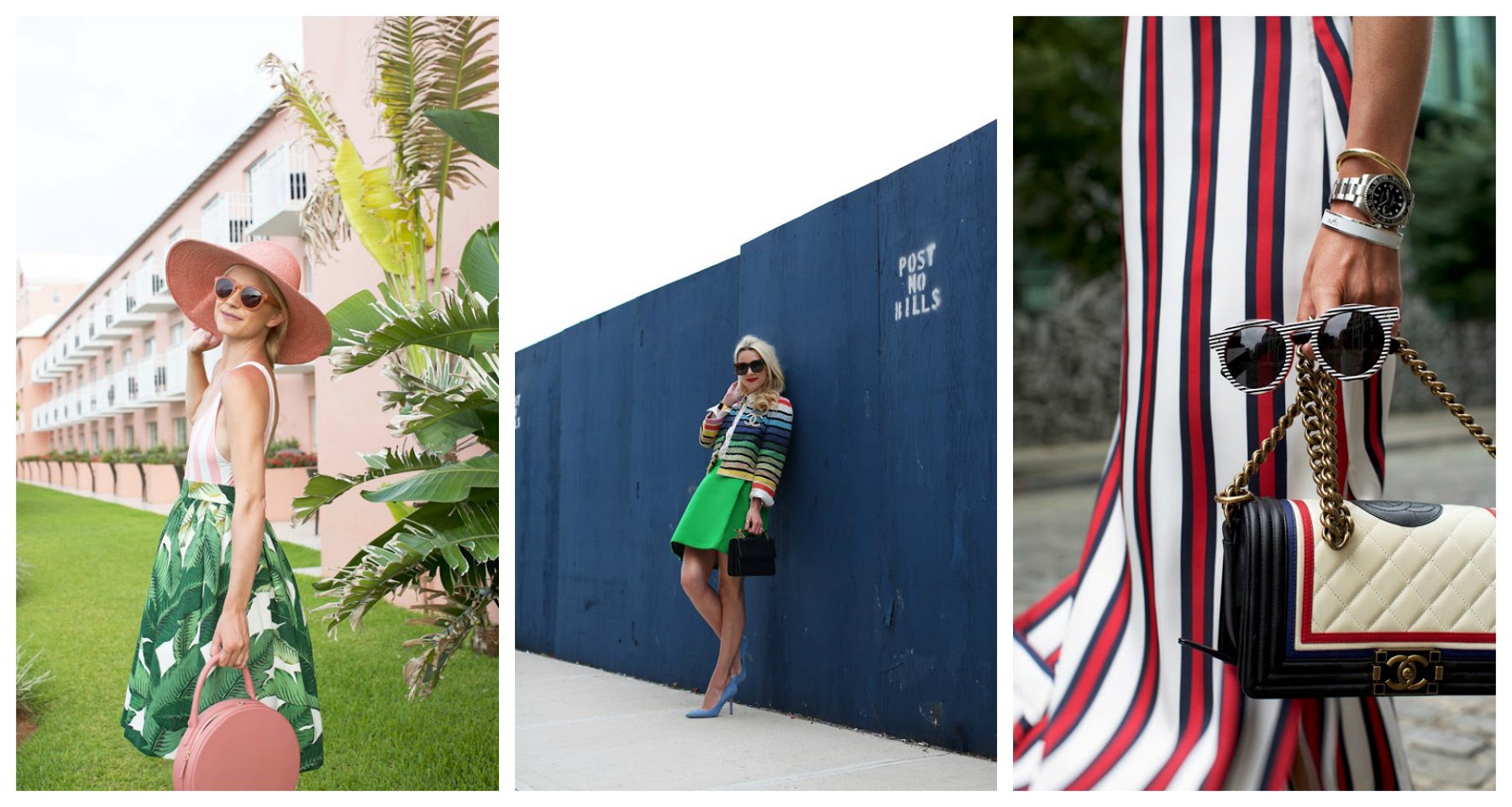 In 2017, I felt a huge shift in the type of content being created online. More of-the-moment content and personal sharing were becoming the norm (I oftentimes love this from others and can eat it up, but sadly it just isn’t me). Snapchat, Instagram stories, and the rise in phone photography, have all given influencers constant connection to their audiences. I struggled a bit with remaining private, and wanting to keep a narrow focus on fashion, as so many others in the space seemed to be abandoning everything to chase the new. 2017 was a large reflection year for me, and I really had to think about wether I wanted to simply follow the trends in social, share more of my personal life, or stick to the type of content I that loved creating – beautiful and well styled imagery and fashion editorial content. 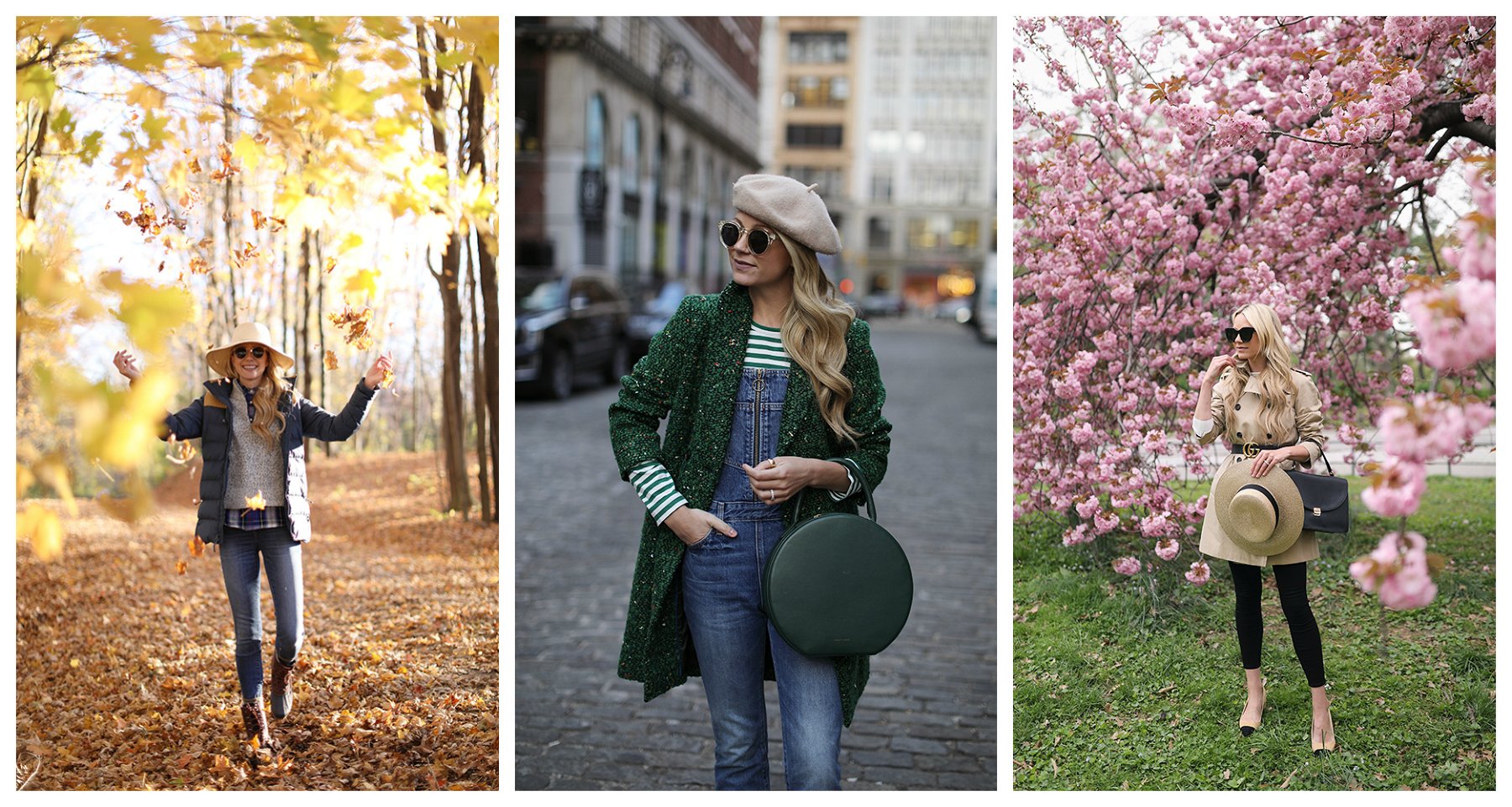 Entering into 2018, I have decided to open up a bit more here and there, but only on relevant fashion/style content and subjects. I have also made the decision to share a bit more around my day-to-day while traveling for Atlantic-Pacific (my everyday life would certainly bore you to tears).

So, thank you from the bottom of my heart for following Atlantic-Pacific! Hopefully, this brief gives you a bit of insight into the path that I have taken. If you have ay other questions feel free to ask away in the comments and I will do the best I can to answer everything directly, in comments, or in the Notepad section. As mentioned, I will also be discussing my career in merchandising and more general blogging advice, so if you have questions on those topics feel free to ask away.

Keep up with the latest fall and holiday content from Atlantic-Pacific!

Sign up to receive exciting updates delivered straight to your inbox!